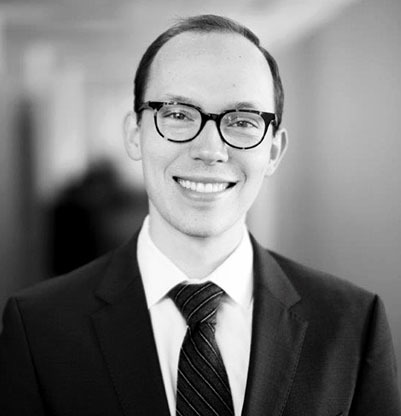 Greg Schweizer is an associate at Eimer Stahl LLP.  His practice includes representations in complex commercial and contract litigation, antitrust disputes, and internal investigations.  Greg also has an active pro bono practice representing victims of hate crimes.  Prior to joining the firm, Greg served as a law clerk to the Honorable Cheryl Ann Krause of the United States Court of Appeals for the Third Circuit.

During law school, Greg was an articles editor on the Stanford Law Review and was recognized for submitting an outstanding brief during the Marion Rice Kirkwood Moot Court competition.  Before law school, Greg spent a year as a staff assistant on Capitol Hill.